Born Birkenhead, Merseyside, UK.. Gordon trained at Westminster School of Media and Communication in Upper Regent’s Street, London where, as the Royal Polytechnic, the first ever public UK screening of a motion picture film took place in 1896. It is a stone’s throw from Broadcasting House.

Gordon went on to work on feature films as assistant director, and on documentaries as director and cameraman. During this time, he began having plays produced by the BBC Radio Drama Dept.

As his career progressed, he also channelled his skills and experience into heritage interpretation, creating audio-visuals and experiences for clients such as English Heritage, Natural History Museum, The National Trust and other national and local organisations.

Through the pandemic lockdowns he has continued to write plays and exhibition scripts and to make films.

English Heritage, including exhibitions, audio and video programmes for:

Liverpool Cathedral - audio-visuals and audio tour for City of Culture

The Caves of Nottingham - audio scripts and production

Bradley House, Wiltshire - AV corporate project for home of the Dukes of Somerset

Many short films, videos and audio-visual presentations including:

Reviews and articles for ‘The Stage’ newspaper. 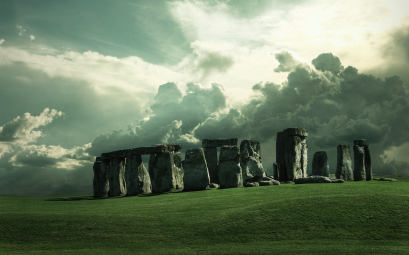